GIS and Geo Mapping by GIMS

Projects can give a turning point to students

Sanju a B School Student has taken up a project to do an analysis about the consumer preference and opinion about a model of CAR. He has 3 other team mates in the project but not so keen on the project. the problem was to get the data of car buyers. Sanju used his contact and convinced a car showroom to part the email ids of about 1000 car buyers. He designed a google form and sent it to all email ids he has. The form was well designed to take the inputs of car users, It was having 10 questions with option to choose the desired answer and an opinion column. He got good response. Out of 1000 emails sent he got about 320 inputs in the first attempt. He made repeated efforts and successfully collected about 520 response. That was a good attempt. Later Sanju collected all the opinions and tabulated the information.
Summary of the information showed some stunning outcome:
Sanju prepared detailed analysis and report, submitted to the HOD. the project got the attention of HOD. He found it is interesting. He called Sanju and told him to submit a copy to a business analyst and obtain the review. As a result it came to me. I went through the project and how it is done. It was done very precisely. I checked most of the email response as i wanted to ascertain that Sanju has received response from 520 car owners. It was true that sanju got response. I was more interested in the analysis. It is also throwing light on various issues that are essentially required for a car maker. Then i contacted the GM of the car manufacturing company and sent a copy of the report and said i need to discuss. I got prompt response for an online call. I engaged in the call and analysed the report and it was an eye opener for the company, as their sales figures are going down in the same way as reflected in the report.
The car model was an initial hit. This created overconfidence in the team. As result company was focusing on sales instead of customer satisfaction. It was doing well for 6 months and later sales figures started sliding down. But team was giving some excuse and the management was blind. When they saw our analysis, it was in accordance with the customer feeling and slide in sales figures. This was an eye opener to the company and company started damage control exercise. Some times even MNCs will go blind listening and believing to team.
But the real part of the story is next: The company wanted to know who has done this R&D . I promptly spoke to company about the Sanju and told them you need to hire him to a senoir position as he deserves such encouragement and he was hires as a senior analyst for their sales division and he will be reporting directly to GM sales.
I hope you understood the importance of the project and how can your project give you better options to your career. Some points about your project:
Dr. Guruprasad T N
Posted by Dr. Guruprasad T N at 23:59 No comments:

How to Approach a Startup Idea?

The moment a new idea is conceived the enthusiasm level goes up, creates restlessness in the person who conceived the idea. Mind start working on various calculations and thoughts. Excitement peaks. This is the usual sign when you got into a new thinking, new idea or an innovation. This is a good sign. If an idea is not allowing you to sleep and creates restless in you, that means you are very much carried away by the idea. But how you take it forward matters. Let's see how we can take it forward, what you should do and not do, how to convert it into a workable proposition and finally into a feasible business.
Startup process needs various other ingredients to be successful Let's discuss these in the next session. Keep your view/comments/questions posted to guru@gims.co 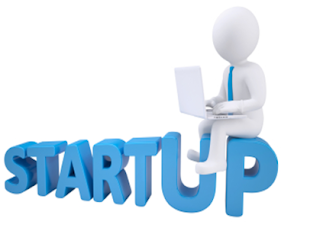 I was going through a small manufacturing unit of CHINA. It is a tiny ceramic manufacturing unit, in a remote part of China. Having facility to manufacture ceramic cups and other domestic ceramic articles. Quality of the ceramic items manufactured is ok but not very good. But they are supplying to various parts of the world, including India. One small unit with 25 workers is creating a big impact in International Market . Growing @ 300% every year, for the past 5 years.
I wanted to understand the Indian Market and studied few such facilities. Similar unit in India with double the workforce, better quality and price advantage are just doing only local business. Surprisingly it is produced cheaper in India than China. Quality is much superior but Indian manufacturers have not made any impact in the global market. Even in Indian market I saw China products are competing in spite of higher price and lower quality.
Why is it So? This is the case with many manufacturing units, who produce best quality items and won't sell in International market. I spoke to some of the manufacturers and producers. Met few entrepreneurs, analyzed the available information and data. Found an interesting fact.
CONFINED MINDSET is the main reason that is blocking the growth of business. When their counterparts in China are growing at 300% every year local business owners are happy with about 10-15% growth. Why is this so?. They have price advantage and quality. Still they have not made up their mind to participate in international market.
how to Change the CONFINED MINDSET? is the biggest challenge.
Business owners/decision makers may approach for more help. We are glad to be associated in mutual growth.
Dr. Guruprasad TN
guru@gims.co +919845429122

Dr. Guruprasad T N
Professional with 25 years of experience in building and managing business. G I S professional. Trainer, mentor who can commercialize your ideas and give a workable shape and plan.